Bangalore, India, 9 February, 2015 (CCBI via CNUA). The week-long assembly of the Conference of the Catholic Bishops of India (CCBI) on the theme of “Liturgy and Life” ended in Bangalore on 9 February, 2015 with a call for greater inculturation.  “We are convinced that inculturation is demanded by faith in accordance with the exigencies of human nature,” pointed out the final statement from the 27th CCBI Plenary Assembly attended by bishops from 131 Latin rite dioceses in the country and held at St. John’s National Academy of Health Sciences, Bangalore during the 3-9 February.

“Given the multi-cultured nature of our society and keeping in mind that cultures are ever evolving and transforming, the sensitivities of the people and of various groups are to be addressed when efforts are made to promote inculturation,” emphasized the Bishops’ Assembly. The bishops also called for “ensuring care to follow the prescribed norms in order to maintain the dignity and decorum of the celebrations” in the process of inculturation.

As the Catholic Church worldwide prepares itself for the World Synod on the Family in October 2015, the bishops pledged to strengthen the Small Christian Communities (SCCs) as “the true way of being the living Church.”  The statement further pointed out that “We recognize the importance of the communion of families in the neighborhood that are always related to liturgy and life and vice versa.” It is through the communion of families in the neighborhood, the CCBI statement said, “that the Catholic Church becomes eucharistic like the early apostolic communities.”

“While considering the relationship between liturgy and life, we could not ignore that our country is going through challenging times. While the country has progressed economically, the benefits have not reached the poor and the marginalized, and at times have even worsened their situation. We are anxious about the increasing marginalization of the poor, the Dalits and the Tribals often in the name of development,” lamented the Bishops’ Meeting.

“Rising fundamentalism and communalism are threatening the social fabric and the secular character of our beloved country,” cautioned the statement from the conference attended by 140 bishops from across the nation. “We feel sad that the law abiding Christian community appears to be especially targeted. It is in this spirit that we bishops took on a “Peace and Harmony March” on 7 February in order to express our solidarity with Christians in different parts of our country who are affected by these atrocities, especially with the Church in Delhi where recently several churches have been vandalized and desecrated,” the CCBI final statement said.
Complied by: 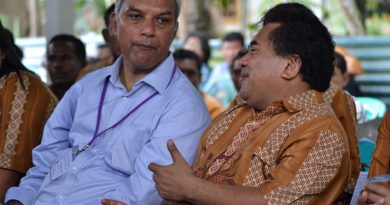 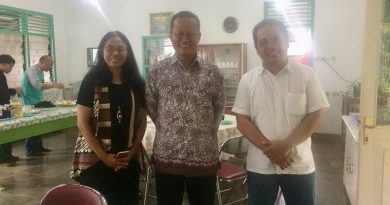